I have made the official decision that I will not be returning to photography after my maternity leave. [..] I have many reasons for not returning, but the number one reason is that it just isn’t a profitable industry [..]

I felt I needed to reach out to “Jane” (I promised not to mention her real name), so I just left a comment where I wrote her “let me know if you need help”. Minutes later I had a message from her, basically saying “IPS does not work in my area”.

This is something I know, for a fact, just isn’t true – because IPS (In Person Sales) works everywhere.

I did a little digging, asking her about her process, what she had done, what she didn’t do and when she thought she was losing the clients.

The answer was “as soon as they saw the pricing, they were out the door” – and I do believe that anyone who had ever been doing this, had that experience.

By all means, I’ve had people looking at me like I am a mad woman when I showed them the pricing.

Notice the past tense?

So, what has happened since the beginning of IPS (where my prices were lower) to where I am now? People still say “no” to my offer but at least they don’t think I should be in a room with padded walls! 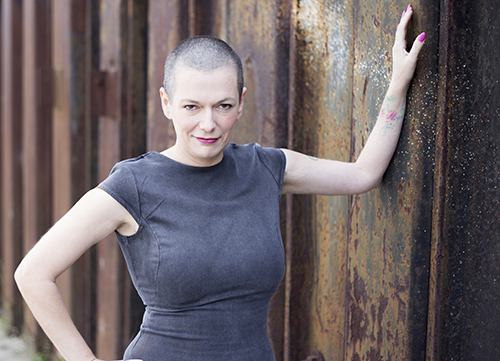 It does sound so simple, doesn’t it? But of course, it isn’t.

Digging a little further, I found out that “Jane” used to be in the foster system, and had grown up poor. Furthermore, she felt bad when people just couldn’t afford her. Besides this, she did not really think she could justify the pricing.

To simplify, she wanted to help people who could not afford a professional photographer AND she did not believe she was worth that much.

She did not think her photography was good enough for her to make more than a minimum wage – and she often felt run over by bully-clients.

It’s a shame she has decided to close down, because “Jane” is a talented photographer, and should not have to be among the “working poor”.

When I was 17 I got pregnant (Yes, I have a daughter in her 20’s – it’s insane). I was a teen mom and even though in Denmark we have a good social system (I wasn’t poor by any international standard) I still could not afford luxury things (such as photography).

And I was looked down on. I, actually, still remember a social worker saying to my face the words: “People like you will never amount to anything” (Boy was she wrong?).

During that time, I had support from something called “Mødrehjælpen” (“Mothers Help”). They are a charity, with groups for teen moms. And I went to the group meetings throughout the pregnancy and during the first year after my daughter’s birth.

It was amazing, we got so much support and help from them.

So each year, I return to “Mødrehjælpen” for two days. For two days, I photograph all young mothers babies and a couple of the pregnant ones, if they haven’t given birth yet.

My lab sponsors one print and my framer sponsors one frame so that each and every one of them gets a gorgeous framed picture of their babies.

Between the shooting, the editing, the framing and so on, I spend a good week of work on this.

…and you know how I can do this?

Because people pay me enough to be able to do charity work as well!

And let me stress, I wouldn’t be happy with that amount. However, it would (barely) pay my bills (and I would probably lose some weight, as well).  Moreover, the number of clients I would have to get in the studio to get what I wish to make would be insane.

So why would I set the pricing so low if I would just (barely) get by? Because this will build confidence!

This is what “Jane” needs.

And how, do you ask? Because, “Jane” isn’t good at selling (right now), and she does not really believe in her and the value of her art.

And she will have clients and will be working for the bare minimum profit. But then, one day, she will have that one client falling in love with her work – and ordering five (big) wall pieces – and two albums (grandma needs one as well!).

And “Jane” would be doing a victory dance after the session! And gaining some confidence on the way.

For the next sale, she will be a little more confident, which will make her another great sale. And then another and another.

All of a sudden, “Jane” is bulletproof.

She knows people will pay her for this, she knows she is worth it and she will raise her prices.

She will raise her “bare minimum” to “I WANT to make this much each year because I am worth it“.

And when people come into her studio for pre-consults, she will, with confidence and no hesitation, show them her gorgeous samples, and tell them the price.

And people will love it, and want it! Because “Jane” believes in it, she will sell it.

How do I know this?

I was just like “Jane”. I did not believe I could get people to buy it, and this killed my sales.

I was apologizing for not being less expensive (when I, in fact, was too cheap!). However, from time to time, I had those clients that would just buy everything. And the more clients I had like that, the more confidence I got. The better I got at selling, the more clients spend!

It took me around 6 months to be able to make the numbers that I really wanted with this process.

I am not cheap anymore and I am not willing to shoot for the “bare minimum”
I DESERVE to get a fair pay! Just like YOU DO!